The organizers: the Commander and the Club of the 5LPA, the House of Culture in Sulechów.

My special thanks I send to colonel Sławomir Owczarek, and to the soldiers. 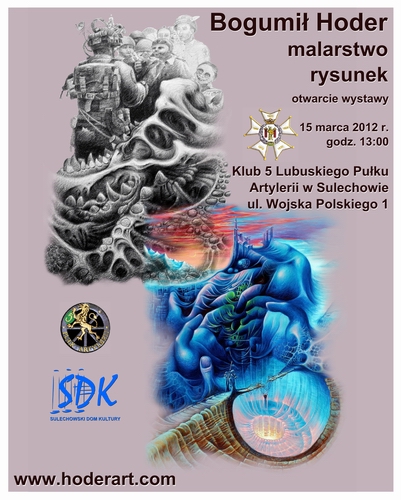 The linkage between the art of the under-consciousness, and the hard world of the military seems to be surprising in a first while. However in each case, we deal with the human topic. These values are off course extreme – but as an army, which not always serves for attack, as also painting or drawing are having power to decide about human’s fate by a suggestive activity. The military, as this special national institution makes also the role of the culture defender. Additionally there shouldn’t astonish the fact, that the army hosts this time my works – this is a good emphasis of my nature – complicated, but first of all curious of the world. This is but the other evidence, for I don’t want to straiten my personality and my art in any way, but I desire to explore new horizons. 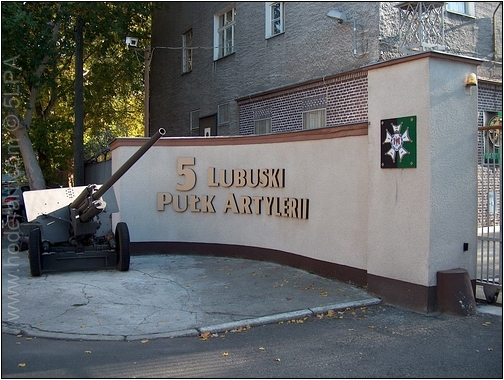 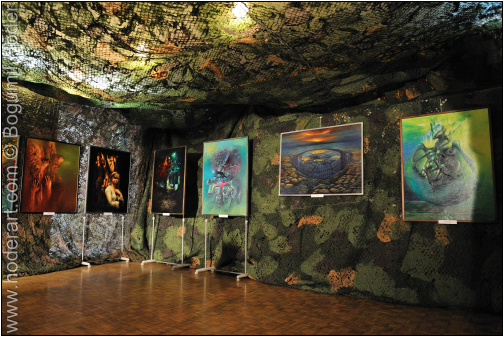 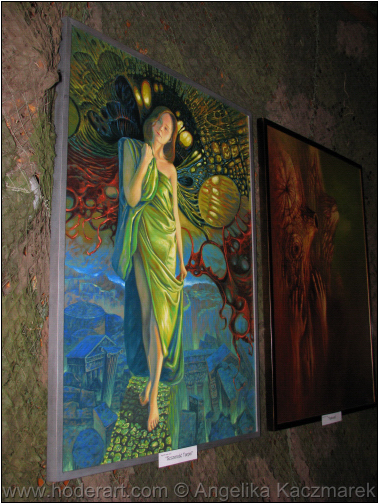 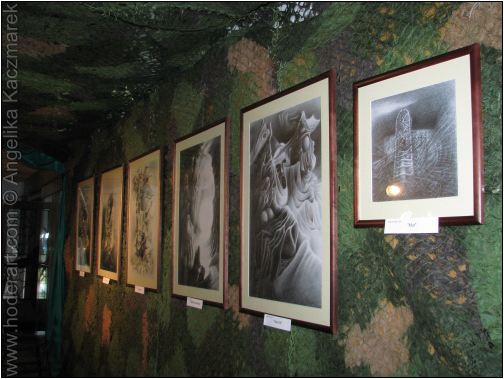 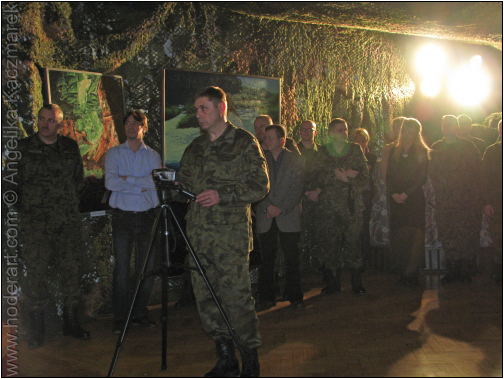 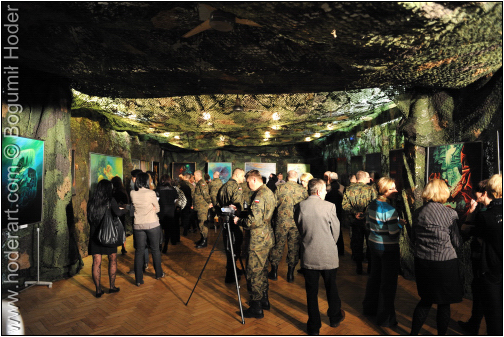 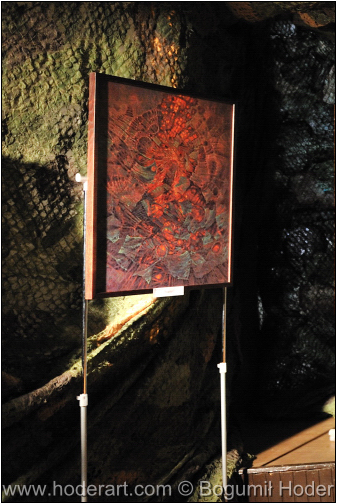 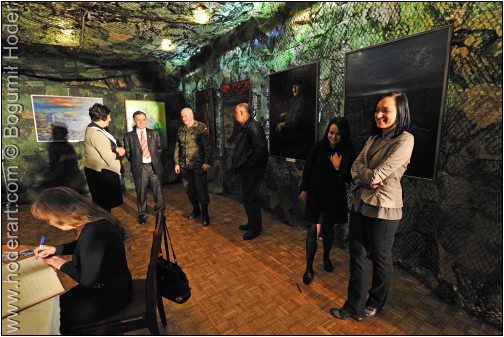 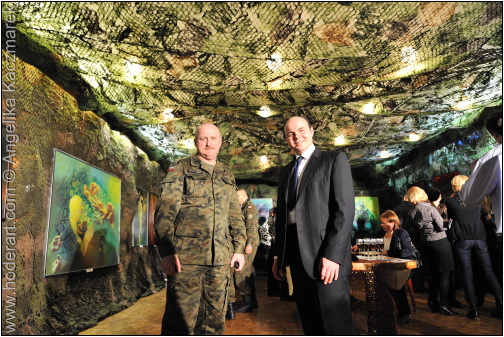 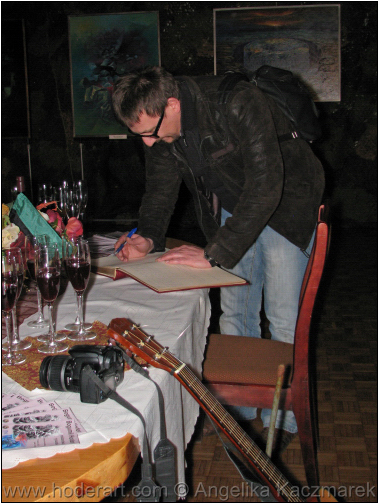 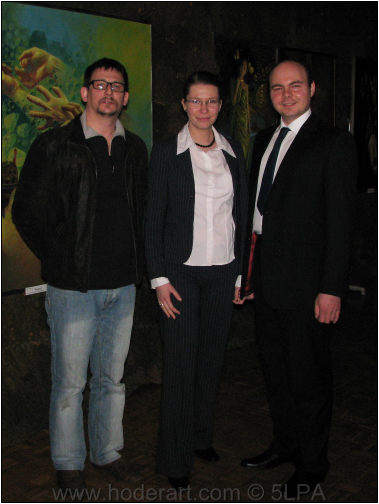 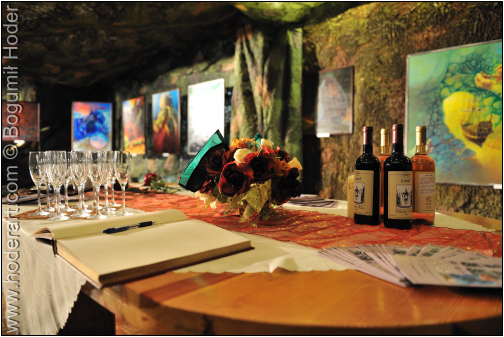